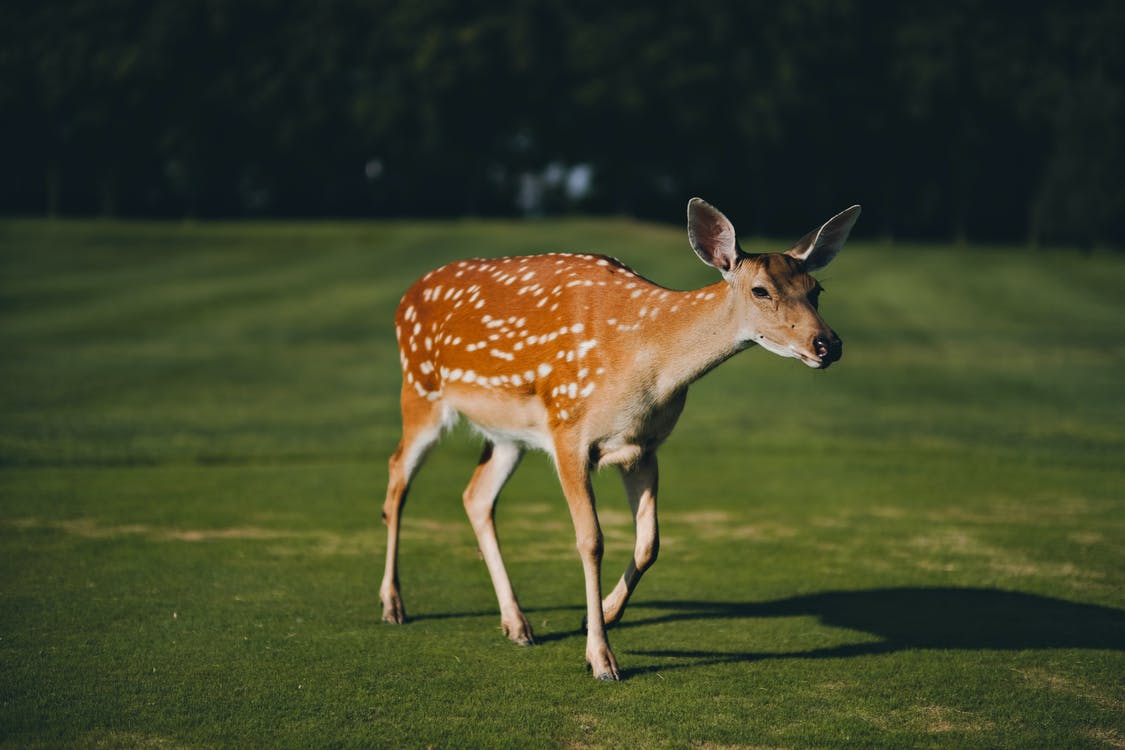 In the United States, there are four species of deer: white-tailed, mule, blacktail, and Southeast Asian sika. Sika deer are considered a non-native species in North America; they were introduced to several hunting preserves in the early 1900s. Today, sika deer populations are well established in parts of Missouri, Arkansas, Texas, Oklahoma, and Nebraska. Although they are not currently classified as a threatened or endangered species, sika deer populations are declining in some areas due to poaching and loss of habitat. This blog post provides information about sika deer biology and ecology, and also highlights management concerns for this species.

What Are Sika Deer? 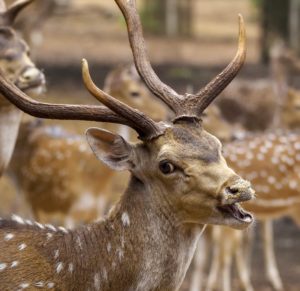 Sika deer are a species of deer native to East Asia, specifically China and Japan. In ancient times, their range extended to Korea and Manchuria as well. Sika deer are small compared to other members of the deer family, with males reaching a maximum weight of around 100 pounds and females topping out at around 60 pounds. They have reddish-brown fur which becomes darker in winter, and white spots on their backs and tails. Males also have antlers which they use for fighting during the breeding season.

The sika deer is an important part of Chinese culture and cuisine, with its meat considered a delicacy. The animal is also hunted for its antlers, which are used in Traditional Chinese Medicine. In recent years, the sika deer population in China has declined sharply due to habitat loss and hunting pressure, and the species is now considered endangered.

What Do Sika Deer Eat And How Much Water Do They Need Per Day? 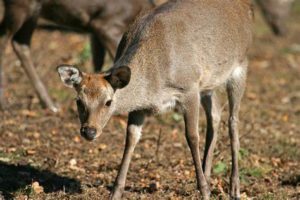 The diet of a sika deer depends largely on the season and their location. In general, they eat a mix of grasses, plants, nuts, fruits, and other types of vegetation. They typically need between 1-2 liters of water per day, depending on factors such as temperature and humidity. While some individuals may be able to survive without access to drinking water for longer periods, it is important to make sure that your sika deer always have enough water available. Providing them with food sources like hay or leafy greens can also help ensure that they are well-nourished and hydrated at all times.

What Is The Life Cycle Of A Sika Deer? 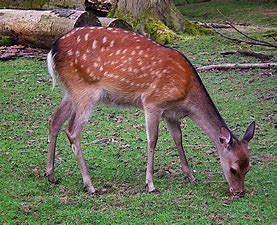 The life cycle of a sika deer varies depending on factors such as age, sex, and habitat conditions. In general, sika deer reach sexual maturity in 2 to 3 years, with females typically giving birth to one fawn each year. After a gestation period of about 200 days, females will usually give birth in late spring or early summer. Fawns are able to walk and run shortly after birth and begin feeding on plants within their first week. Sika deer can live for up to 12 years in the wild, though they typically face many challenges throughout their lives and only survive for an average of 6 years.

Sika deer are relatively shy and elusive animals. They tend to avoid areas with high human activity, and prefer to stay hidden in forests or other thick vegetation. When disturbed, sika deer will often flee rather than confront the threat. If they cannot escape, however, they may become aggressive and attack their aggressor. Sika deer are also known to make loud grunting sounds when alarmed or excited. These vocalizations help communicate danger to other members of the herd.

What Kind Of Habitat Do They Prefeerr? 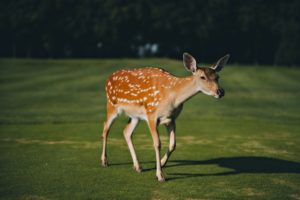 Sika deer prefer habitats that offer a mix of forest and open meadows, such as woodlands, mountain slopes, and river valleys. They need access to plenty of food and water, and places to hide from predators. In recent years, habitat loss has been a major threat to the sika deer population.

How Fast Can Sika Deer Run?

The maximum running speed of sika deer can vary depending on factors such as age, sex, and environmental conditions. Generally, these animals are thought to be able to run at speeds of up to 35-40 miles per hour for short bursts. However, they are not typically capable of maintaining high speeds for long periods of time. Instead, sika deer rely on their agility and ability to quickly change direction in order to avoid predators and other threats in their environment. This allows them to survive despite being relatively small and vulnerable when compared with many other species of deer.

Are There Any Predators Of The Sika Deer And If So, What Are They?”

Yes, there are several predators that prey on sika deer. These include wolves, coyotes, and other large carnivores. In addition, smaller predators like foxes and raptors may also be a threat to these animals. The main challenge facing sika deer is avoiding being caught by these predators in the wild. To help protect themselves from predation, sika deer tend to be highly alert and wary of their surroundings at all times. This can make hunting them more challenging for predators, but it does not always guarantee their safety from harm.

How Do You Identify a Sika Deer?

The sika deer is a small deer with reddish-brown fur and white spots on its back and tail. Male sika deer also have prominent antlers.

What Is The Difference Between A Sika Deer And A Red Deer?

The main difference between a sika deer and a red deer is their size. Sika deer are much smaller than red deer, with males reaching a maximum weight of around 100 pounds compared to the 350-pound average for red deer. Sika deer also have different coloring, with reddish-brown fur instead of the red hue sported by red deer. Finally, male sika deer have antlers while female red deer may sometimes grow them as well. Overall, the sika deer is a smaller and more distinctive species than the red deer.

What Is The Hunting Season For Sika Deer?

The hunting season for sika deer varies depending on the region, but typically runs from late fall to early winter. Some areas require hunters to purchase a license or permit in order to hunt sika deer, while others have open seasons where anyone can legally harvest these animals. Hunting regulations are typically designed to help protect sika deer populations by limiting the number of animals that can be killed each year. As such, the exact hunting season and other restrictions may vary depending on local laws and conditions.

How To Hunt A Sika Deer? The best way to hunt a sika deer is by using a rifle or shotgun. These animals are relatively small, so a high-powered weapon is not necessary. When hunting, it is important to be aware of the local regulations regarding season dates, bag limits, and other restrictions. It is also crucial to take only what you need and to avoid wasting any part of the animal. If you are successful in harvesting a sika deer, be sure to properly clean and dress the carcass to ensure that the meat is safe to eat.

How Does Hunting Affect The Population Of Sika Deer In The Wild?

What Measures Are Being Taken To Protect Them?

There are a number of measures being taken to protect sika deer populations in the wild. One of the most important is habitat conservation, which involves setting aside areas of land where sika deer can live and roam freely. Hunting regulations are also crucial, as they help to prevent too many animals from being killed each year. In addition, education campaigns are being conducted in order to raise awareness about the importance of conserving sika deer and their habitat. With these efforts, it is hoped that sika deer populations will be able to rebound and avoid extinction.

The Benefits Of Having Sika Deer On Your Property?

There are several benefits to having sika deer on your property. These animals are relatively small and easy to care for, making them a low-maintenance addition to your land. In addition, their grazing habits can help keep your property free of unwanted plants and debris. Sika deer can also provide you with meat, antlers, and other products that can be used or sold. Finally, these animals are generally gentle and shy, so they make for interesting and enjoyable pets.

How do sika deer survive in such diverse environments?

The key to the sika deer’s success lies in its adaptability and flexibility. Not only are they able to eat a wide variety of plants, but they are also able to live in many different types of habitats, from forests to grasslands. They are also relatively small and nimble, which makes them less susceptible to predators.

What impact do sika deer have on their environment?

Sika deer can have both positive and negative impacts on their environment. On the one hand, their grazing and foraging can help to keep plant growth in check, preventing overgrowth in forested areas. On the other hand, however, too many sika deer can lead to widespread damage to crops and other vegetation. In some cases, this can even result in soil erosion due to the heavy trampling of ground vegetation. As a result, sika deer populations must be carefully managed in order to maintain a healthy balance in their natural ecosystems.

How do baby sika deer develop?

Baby sika deer are born after a gestation period of approximately six months, during which time they develop in the safety and warmth of their mother’s womb. After birth, they are typically able to stand and walk within a few hours, although they continue to rely on their mother for protection and nourishment over the first few weeks of their lives. During this time, they grow rapidly, developing all the physical and behavioral traits that will allow them to thrive as adults. Over time, they will become more independent and begin exploring their surroundings on their own. Ultimately, their ability to adapt and thrive in a variety of different environments will be key to their survival.

The sika deer is a small, graceful animal that is found in many parts of the world. They are usually reddish-brown or gray in color and have a light-colored underside. Sika deer get their name from the Japanese word “shika,” which means deer. -Sika deer live in forests and grasslands, where they eat leaves, twigs, shoots, and fruits. They also eat lichens, mosses, and mushrooms. Sika deer are shy animals and will often hide when they see people or other animals. -The sika deer has been introduced to many parts of the world for hunting purposes. They are hunted for their meat and antlers, which are used to make medicines and other products

When Do Deer Shed Their Antlers?