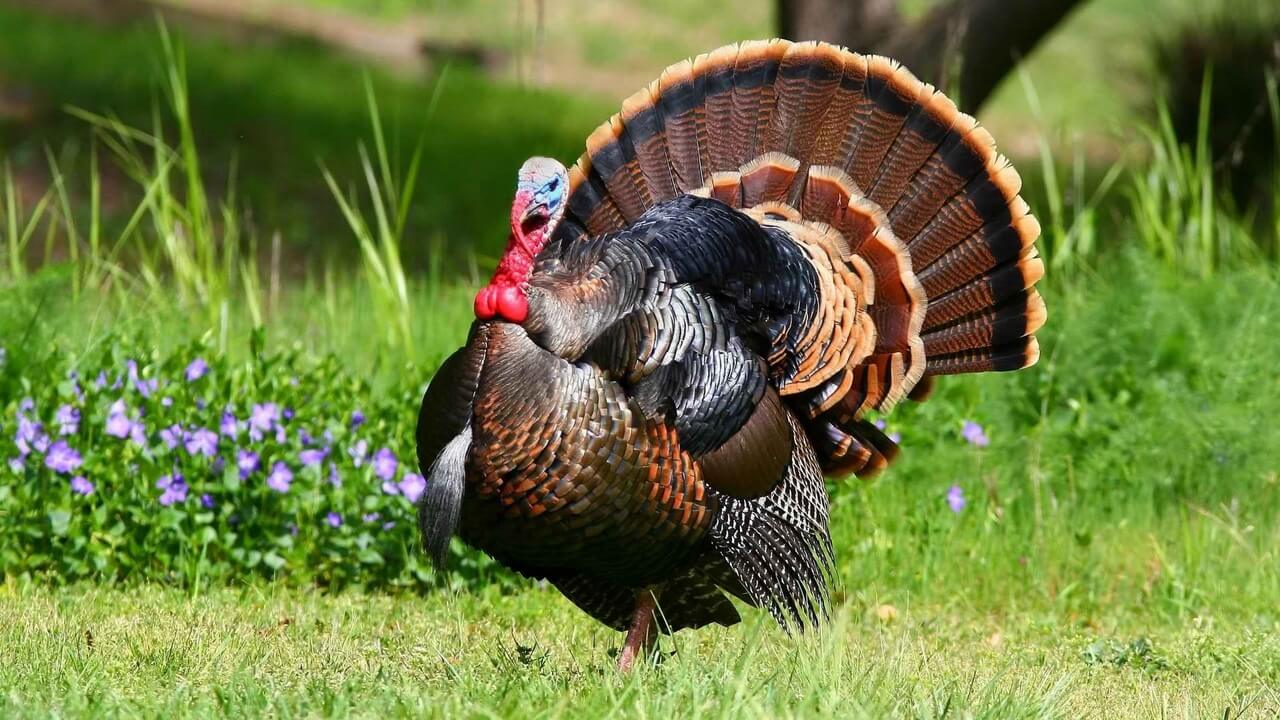 It’s hard to shoot a turkey with a bow. While turkeys are rather large birds, for a deadly shot they do not have a lot of space. In fact, softball-size is the one spot where a turkey is vulnerable. So it takes serious practice to make this shot to develop the accuracy needed. Otherwise, luck is needed. Unfortunately, turkeys are not standing still for us and they have arrows and goals pointing to the one deadly spot. If you’re going to shoot and take the turkey out, you’ll need to know where to shoot no matter how the turkey stands. There’s a spot to hit whether the turkey faces you, faces you away, or turns to the side. 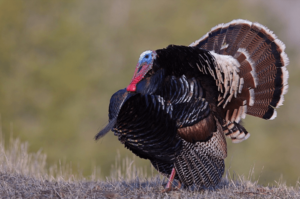 1. Aim Lower than You Think:

When people make turkeys mistakes, they’re aiming too high. If you look at the bird, you don’t have much to look for. Turkey’s vital organs are lower than most people realize. Look for the place where the wings are attached to the body because the heart is located there. When hunters go between the tops of the wings and the meatier part of the bird for this spot, they are more likely to get a hit that will take the bird out. The aim for this spot also places the lungs in the crosshairs, which can also be a weakening shot.

One of any turkey’s most deadly shots is one on the spine. The bird will become paralyzed if you can hit the spine and it should die quickly. But, waiting for the right situation is the best way to get this spot. If the bird moves, wait until the bird is still there. If you can wait for the bird to lift their head and face away from you, the shot will be perfect. There is a chance you might miss, but some of the vital organs in the turkey will be injured by a low shot. Whether you are removing the spine or some organs, the turkey is not going to get up.

3. Shooting with the Bird Looking at You: 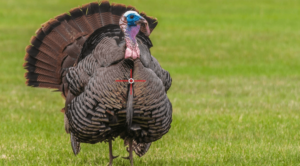 One of the toughest shots to take is one of the most rewarding, just because it’s so challenging. You can have a direct shot to the heart if the turkey faces you. But, it’s going to be tough shot. In the middle of the spot where the wings are attached, the heart will be under the neck. Shooting from the back side makes the target look big, but the sweet spot can be quickly covered by the turkey lowering its ugly head when you target the bird’s front.

If you place a decoy in a clever spot, you can get the turkey to face you. Your decoy might get your turkey to begin struting. And while the turkey shows off its wide chest and fanned feathers, you’re actually going to have a bigger area to shoot. The only negative thing about a strutting turkey is that it will bristle its feathers, which makes it a bit more defensive padding to cover the sweet spot. If you can practice tough shots like this, making the challenging shots will be easier because you know how to shoot with the power you need.

Another shot that is thoroughly satisfying is when the turkey leaves you. If the turkey has a feather fan, you’ll get a clear shot that’s going to kill. The spot is right at the point where at the back end of the turkey the feathers come together. When you do this shot, the spine and any organs near the broadhead entry point will be removed. A really good way to make this shot happen is to put a decoy nearby and wait for the turkey to approach it. They certainly aren’t the smartest beasts, so they’re going to check out neighborhood newcomers, especially if that newcomer looks like it might pose a threat.

5. Shooting from the Side

If you have to shoot from the side, you should aim at the bird’s breast at the spot just above the wings. If you hit the spot right, you’re going to puncture your lungs and even get to your heart. The bird is going to hurt, no matter what. You don’t want to go near the front of the chest because you’re only going to hit the meat and not kill the bird. And, because you’re only going to hit feathers, you don’t want to target the feathers at the rear. Instead of the organs that are lower and closer to the bird’s back, it is best to aim for the lungs and heart. The problem with hitting the breast meat and not the organs is that if it is wounded but not killed, the turkey can develop an infection.

Hunters know live animals are not going to sit still like the decoys. Even if you practice on still targets, it is important to remember that you can and will move the turkey you are trying to kill. So, if the bird struts, you have to figure out where to target by creating a horizontal line from the tucked head to the wings ‘ front edge. When the bird moves, it’s hard to get a good goal, but many hunters won’t wait for a bird to stop. You should take the chance if you can get the crosshairs on a spot that will really hurt the bird. Whether the turkey moves or not shouldn’t matter, because good hunters recognize that hitting a moving target is a skill hunters need to have.

The head and neck are always a good place to hit. But as turkeys have small heads and necks, it’s hard to take shots. If you have the chance, your goal is on and the turkey is still on, then there’s every reason to shoot the arrow. The bird will die if you hit the head. A head shot leaves all the meat on the bird to be processed, while a shot on the body makes some of the bird inedible.

It’s not an easy task to shoot a turkey, but it’s one you can learn. Practicing on decoys is helpful so you know where to shoot and how to get the shot in the deadly spots. Because it’s so challenging to hunt turkey with a bow, making the shot is extremely rewarding. But the best part is having the turkey you shot enjoy eating.