What Is A Hunting Regulation? 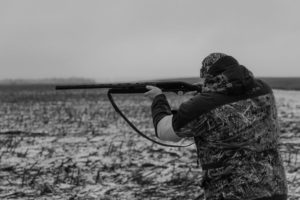 A hunting regulation is a law that governs the sport of hunting. It typically covers aspects such as seasons, bag limits, and areas where hunting is allowed. Regulations are usually put in place to help manage wildlife populations and ensure that hunting remains a sustainable activity.

Why Are Hunting Regulations Passed? Hunting regulations are typically put in place for two main reasons: to help manage wildlife populations and to ensure that hunting remains a sustainable activity.

Managing wildlife populations is important in order to keep them healthy and ensure that there are enough animals for future generations of hunters. Regulations help to control how many animals are killed each year, which helps to maintain a stable population.

What Are Some Common Hunting Regulations?

Some common hunting regulations include:

– requiring hunters to have a valid hunting license

– setting season dates during which hunting is allowed

– establishing bag limits, or the maximum number of animals that can be harvested

– prohibiting the use of certain methods of hunting, such as baiting or using dogs

– designating specific areas where hunting is allowed or prohibited

How Are Hunting Regulations Passed? 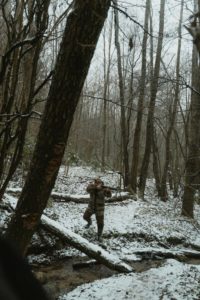 The U.S. Congress has the constitutional authority to regulate hunting on federal public lands. The process for passing a law in Congress is as follows:

1) A bill is introduced in either the House of Representatives or the Senate.

2) The bill is referred to a committee.

3) The committee holds hearings on the bill and may make changes to it.

4) The committee votes on whether to report the bill to the full House or Senate.

5) If the committee reports the bill, it is then debated by the full House or Senate.

6) If both the House and Senate pass the bill, it is sent to the President for his signature. If he signs it, it becomes a law.

The U.S. Congress has delegated the authority to regulate hunting on federal public lands to several federal agencies, including the U.S. Fish and Wildlife Service, the National Park Service, and the Bureau of Land Management. These agencies generally follow a similar process to that described above for passing laws in Congress, but with some important differences. For example, these agencies typically hold public meetings or hearings before taking action on a proposed regulation. In addition, these agencies must consider the impact of their actions on both the environment and the economy before taking final action.

What Happens If Someone Breaks A Hunting Regulation?

If someone breaks a hunting regulation, they may be subject to a fine or even imprisonment. The severity of the punishment will depend on the country in which the offence took place, as well as the seriousness of the offence.

How Can You Stay Up-To-Date On Hunting Regulations?

State wildlife agencies typically are responsible for setting hunting regulations, and these agencies often have a process for public input. Some states/provinces also have hunter education requirements. The best way to stay informed on hunting regulations is to check with your state wildlife agency or visit their website. You can also sign up for email or text alerts from some organizations, like the National Rifle Association (NRA), that will notify you of changes in hunting regulations. Finally, many outdoor retailers and magazines publish articles on the topic throughout the year.

When Did Hunting Become A Regulated Activity? One of the most important reasons why hunting regulations are passed is to help ensure that animal populations remain healthy. By limiting the amount of hunting that can take place in certain areas and during certain times of year, regulators can help make sure that there are enough animals for future generations of hunters to enjoy. Additionally, by requiring hunters to follow certain rules when they are out in the field, regulators can help minimize the impact that hunting has on wildlife populations.

Another important reason for passing hunting regulations is to ensure hunter safety. By requiring hunters to take a Hunter Safety Course and follow other safety rules, the state can help reduce the number of accidents and injuries that occur each year. Additionally, by establishing specific hunting seasons, the state can help make sure that hunters are only out in the field when it is safe to do so.

Hunting regulations play an important role in maintaining healthy wildlife populations and ensuring hunter safety. By following these regulations, hunters can help ensure that they are able to enjoy a safe and successful hunting experience.

1. To prevent overhunting and extinction of animal species

One of the main reasons for hunting regulations is to prevent animals from becoming extinct due to too much hunting. In some cases, such as with the American bison, these regulations were put in place too late and the animal was already on the brink of extinction. But thanks to these regulations, other animals like the white-tailed deer have been saved from a similar fate.

2. To ensure a fair chase

Another reason for hunting laws is to ensure that hunters have a fair chance of actually catching their prey. If there were no regulations, some hunters might use unfair methods, such as baiting an animal or using a spotlight to blind it, that would give them an advantage over the animal.

Hunting can be a dangerous activity, not just for the animals but also for people who live near areas where hunting is taking place. To minimize the risk of accidents, many states have laws that govern where and how hunting can take place. For example, some states prohibit hunting within a certain distance of roads or houses.

4. To generate revenue for conservation efforts

Many state and federal agencies responsible for managing wildlife depend on revenue from hunting licenses and permits to help fund their operations. This money is used for things like habitat conservation and management, research, and enforcement of hunting laws.

While some people may not agree with all hunting regulations, there’s no doubt that they play an important role in wildlife conservation and public safety.

There are both pros and cons to passing hunting regulations. Some people argue that these regulations are necessary to protect vulnerable wildlife populations, while others contend that they unfairly restrict hunters’ rights. Here is a look at some of the key points on both sides of the debate.

They can also prevent overhunting of certain species, which can help to ensure that there is enough game for everyone in the future.

Hunting regulations can also reduce human-wildlife conflict by limiting the areas where hunting is allowed.

Finally, they can improve game management practices overall by ensuring that only certain species are hunted in specific areas.

They also contend that these regulations do not always effectively protect wildlife populations, and may even do more harm than good in

Critics also point out that hunting regulations often fail to take into account the needs of local communities who depend on hunting for their livelihoods.

When did hunting regulations begin in the US?

The earliest hunting regulations in the United States date back to the 1600s, when the first English colonies were established. These early laws were designed to protect game animals from overhunting, and to ensure that hunters could take only what they needed for food and clothing.

Why are hunting regulations necessary?

Hunting regulations are necessary to prevent overhunting and to ensure that game animals are available for future generations. Hunting is also regulated to protect public safety, as hunting can be a dangerous activity if not done in a safe and responsible manner.

What is one way to find the rules and regulations?

One way to find the rules and regulations for hunting in your state is to contact your state’s fish and wildlife agency. You can also usually find this information online or in pamphlets that are available at hunting and fishing stores.

How do game conservation laws affect?

Game conservation laws help to protect game animals from overhunting and habitat loss. These laws also ensure that hunting is conducted in a safe and responsible manner.

Do regulations have the force of law?

What is the difference between a law and a regulation?

Where do state regulations come from??

State regulations typically come from the state’s fish and wildlife agency. These agencies develop regulations in order to protect game animals from overhunting and to ensure that hunting is conducted in a safe and responsible manner.

Who regulates hunting in the US?

What can a positive impression of hunters lead to?